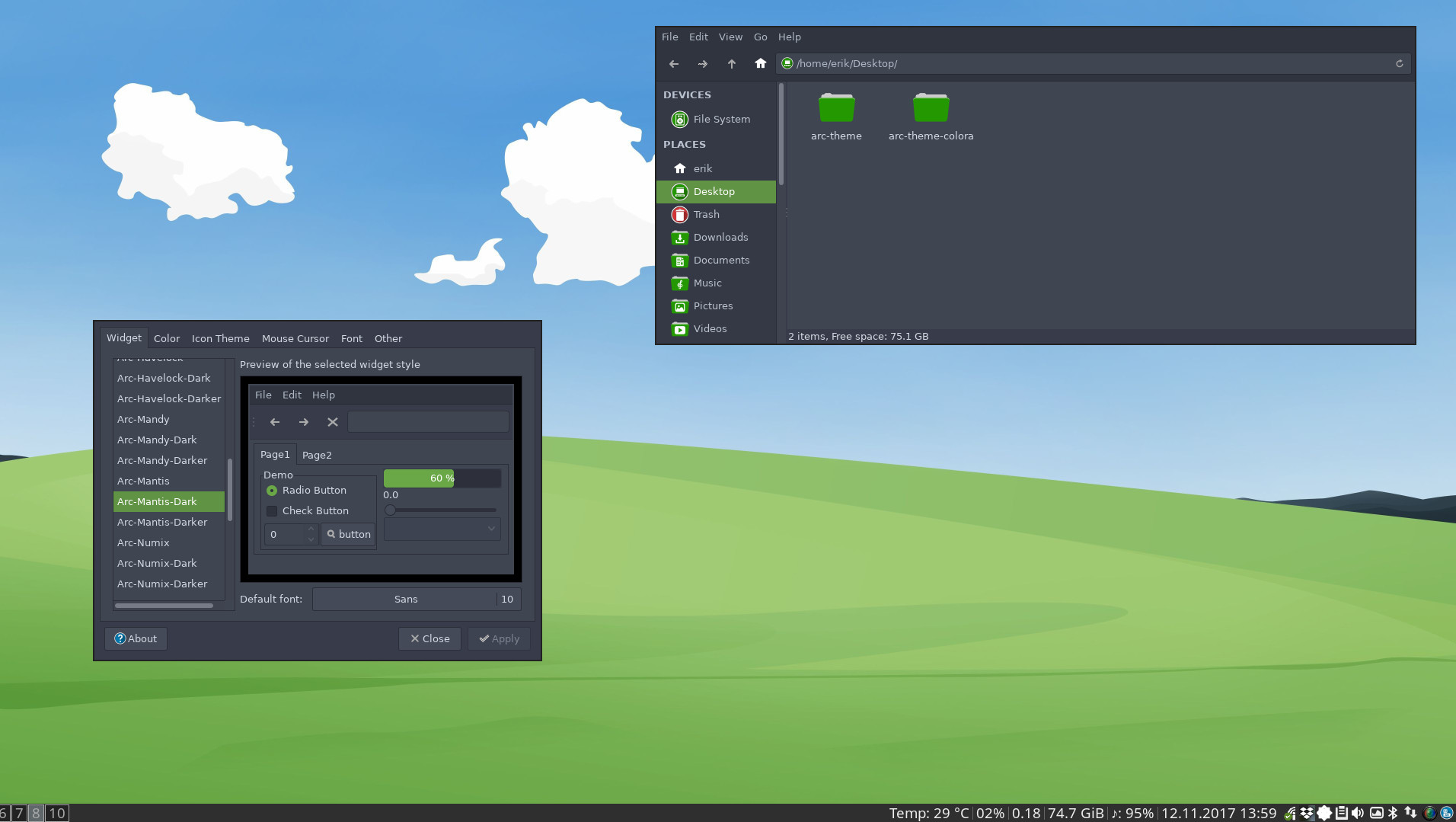 After making a tutorial how to install the current set of Arc Colora themes here, I wanted to check if the scripts are still working on Arch Linux.

It is advised to run the arc scripts on the system it was designed for. The scripts will analyze which version of GTK you have and will change the codes/images accordingly.

The scripts will also work on any Arch based distro like ArcoLInux, Antergos, Manjaro, … or Debian based like Ubuntu or Linux Mint but also Solus.

The result of the script will be saved in your ~/.themes folder.

The Arc colora scripts can be found here : https://github.com/erikdubois/Arc-Theme-Colora

Follow the link to the github
follow now the tutorial
to make your own personal Arc theme.

We use cookies to ensure that we give you the best experience on our website. If you continue to use this site we will assume that you are happy with it.Ok