How to install samba on any ArcoLinux system 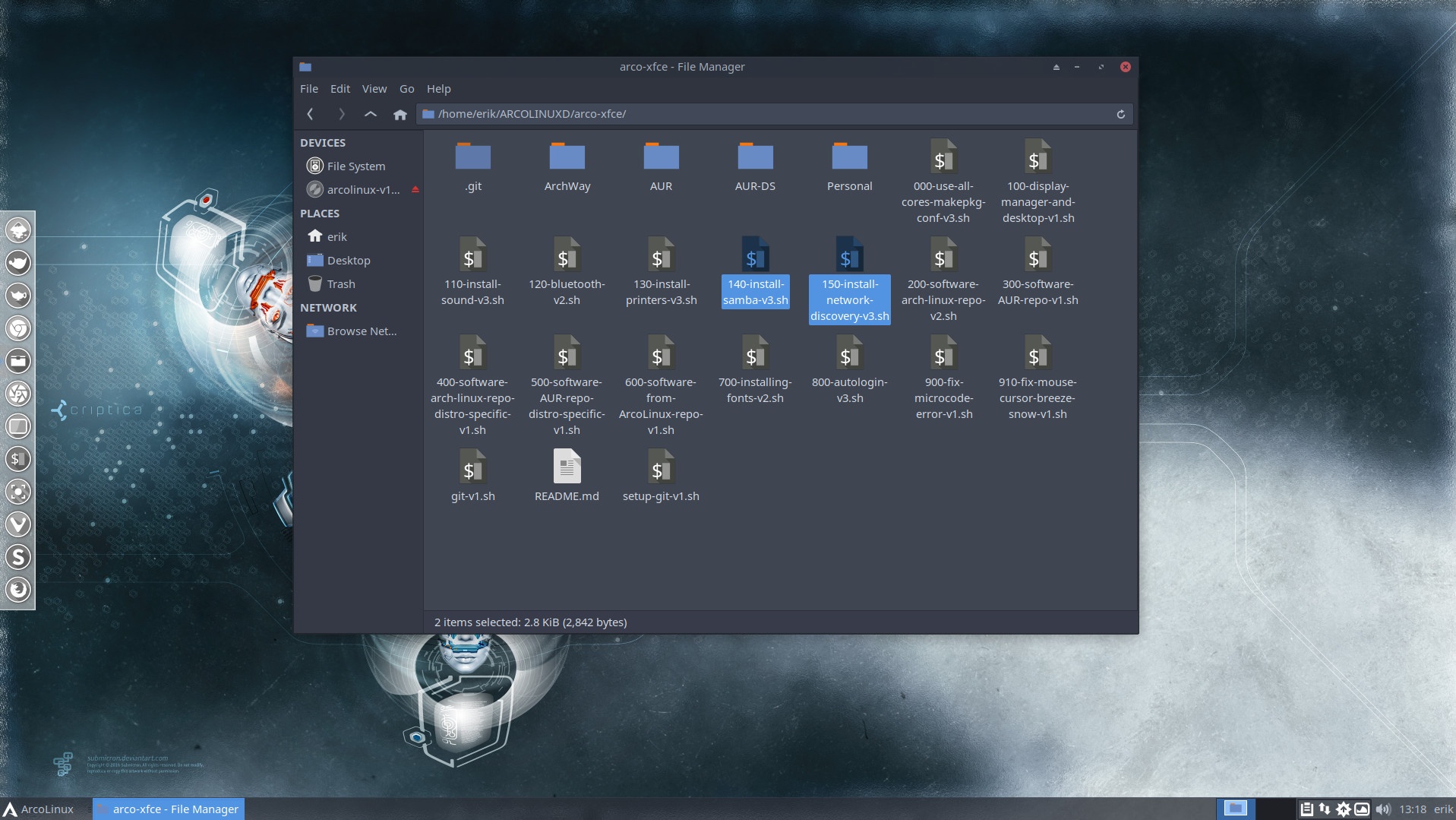 Until ArcoLinux 18.11 Samba was installed on the iso.
The ArcoLinux 18.12 edition and later will no longer have samba and samba related software.

If you do want samba in the future then we have 2 scripts on any of the ArcoLinuxD githubs to install it.

Run these two scripts and you will have samba back.

November 2018 we need to keep an eye out for the update of winbind.

Installing ArcoLinux on the latest vmware workstation on ArcoLinux

Do you know our tweak tool?