How to uninstall Samba and its components 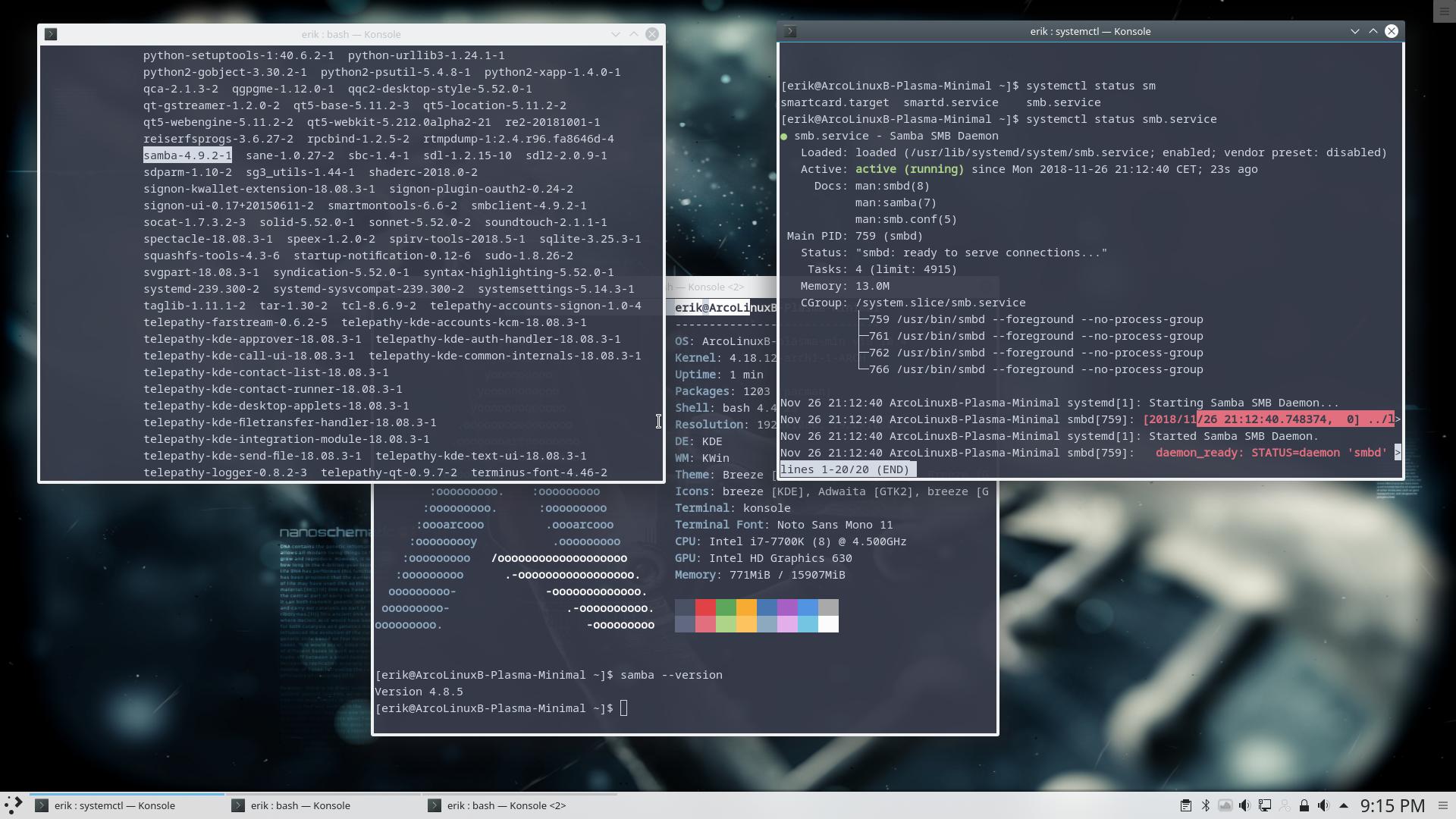 If you do want samba in the future then we have 2 scripts on any of the ArcoLinuxD githubs to install it. Scripts 140 and 150 will take care of that.

Not including samba will result in a faster and more secure setup and will be less prone to future errors.

We have added a script to your ~/.bin/main to delete samba and related software from your system and keep rolling.

Delete samba with the script and keep rolling

You may have more packages installed that are samba related.

Depending on the desktop you may have installed helpers for the smb shares. I let you find them and delete them e.g. caja-share, nemo-share, …