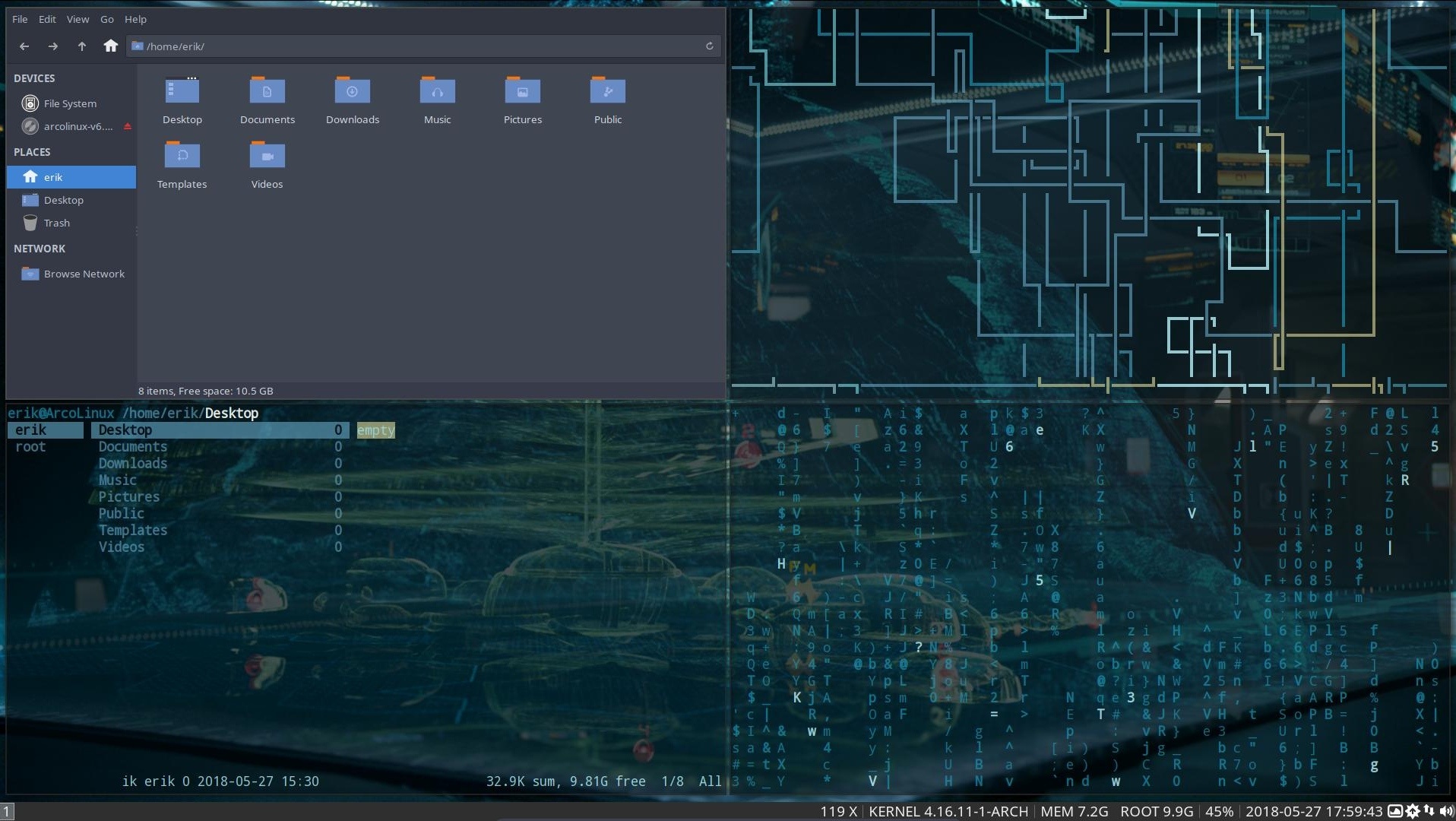 Python-pywal is the package. It is intended to be used in i3.

The command is wal. Python-pywal will change the look of your computer in an instant. It will use the colors of your wallpaper and will decide what colors to use. You can not decide the colors. You see this tool mainly in tiling window managers like i3, awesome, bspwm etc. We have included keyboard shortcuts in i3 to easily change it.

This idea came to us when we were developing Bspwm.

Keyboard shortcuts in i3 are :

In the screenshot we used the following applications : thunar, bash-pipes, ranger, cmatrix.

Other interesting elements to include can be : cava, neofetch, mc or midnight commander, htop, gtop, inxi, …

You can use the wal command in a terminal as well.